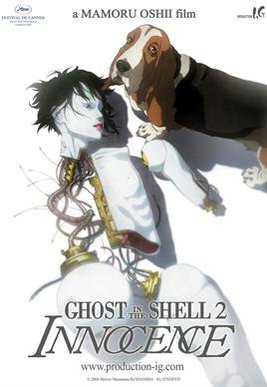 GHOST IN THE SHELL 2: INNOCENCE

After his hugely influential Ghost in the Shell burst onto the international film scene becoming one of the most successful anime films of all time, acclaimed writer/director Mamoru Oshii returns with the long-awaited sequel. Palme d'Or nominee at the 57th Festival de Cannes.