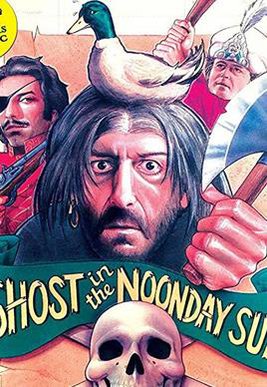 GHOST IN THE NOON DAY SUN

A pirate crewman kills his captain after learning where he has hidden his buried treasure. However, as he begins to lose his memory, he relies more and more on the ghost of the man he just murdered to help him find the loot.