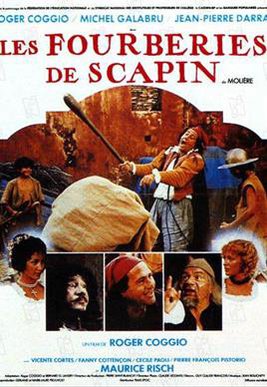 A clever adaptation of Moliere's play Les Fourberies de Scapin, this cinematic re-creation was directed by Roger Coggio who also plays the lead, Scapin -- a tramp who thrives on mischief. In this version, however, Coggio interprets Scapin's antics as meant to help him obtain his objectives.