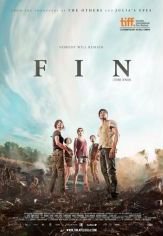 The End (Fin) is Jorge Torregrossa’s debut feature after an impressive career in television and short film, a format in which he has garnered over 100 international awards.
The film is based on the eponymous bestseller by David Monteagudo, a cult hit last year.