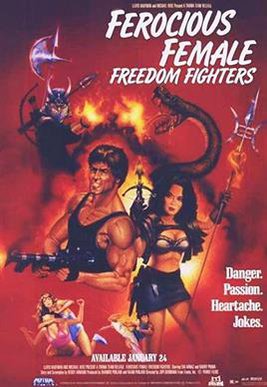 Spoof based (loosely) on an old Indonesian film, which has had the old foreign soundtrack removed and replaced by an over-dubbed English track. Central character is a female wrestler who has decided that she no longer wants to wrestle, but whose mother (a former wrestler herself) wants her to keep wrestling to make money so her brother can have the operation (his seminal vessels run to his skull, rather than his groin, which purportedly will cause his head to explode if he gets too excited). During the course of her story (in which a number of brawls ensue), she is befriended by a Elvis-impersonating martial artist.