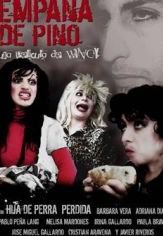 the film is a fantastic story under a traditional narrative, close to melodramatic and black humor, but covered on a bizarre thematic, close to art cinema, drama, comedy and gore, with overloaded camp aesthetics, mixed with lots of traditional Chilean elements.