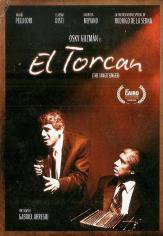 Cardei Luís was the last "Torcan" Hundred neighborhoods of the city. A person who has lived with a smile on hand despite hemophilia, a disease that prevented him from having blood clotting. Supported by the love of his mother, his wife and later his son, manages to overcome all the hardships that ca