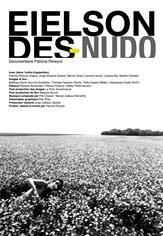 In 2005 Eielson agreed to have me in his homes in Sardinia and Milan and also he let me interviewed his artists and art critics friends in Paris and New York. Some months later, in 2006, Eielson dies at age 82, turning this material into the last record of his life.