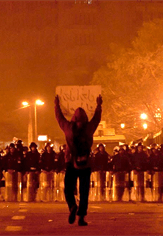 “Egypt’s Modern Pharaohs”: An autopsy of Egypt’s contemporary history from 1952 to 2011 including its role on the international stage. Political, military and religious key characters, and personalities from the civil society, will provide an in-depth understanding of how revolution became inevitable.