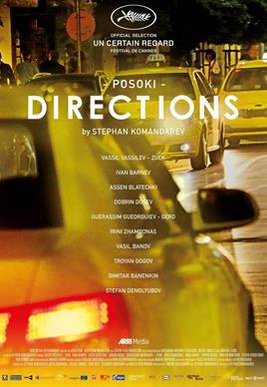 THE FILM AGENCY - as PROMO / CONS

In the span of twenty-four hours, while the death of one person gives a chance for a new life to another, in a six taxicabs in Sofia, the destinies of different people from contemporary Bulgarian reality are irrevocably intertwined. Six stories, each filmed in one shot.