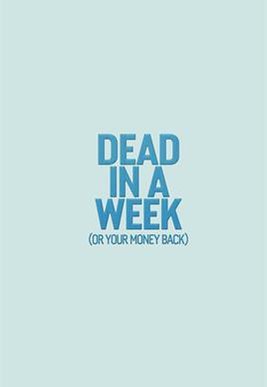 DEAD IN A WEEK (OR YOUR MONEY BACK)

After seven unsuccessful suicide attempts, William outsources the task to Leslie, an ageing hitman on the brink of retirement. But with the contract signed and death assured within a week (or his money back) William finally discovers a reason to live.