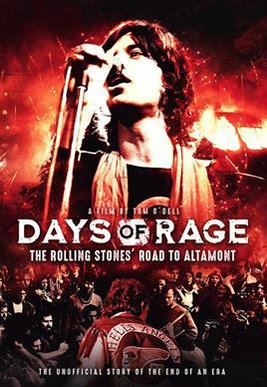 DAYS OF RAGE: THE ROLLING STONE'S ROAD TO ALTAMONT

The decade that began with peace and love was shattered in the late 1960s amidst riots, assassinations and a war that wouldn’t end. The Rolling Stones became the voice of this new era, which came to a horrific end at the Altamont festival.