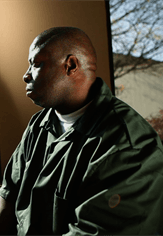 DAVID & ME tells of the unlikely friendship that arises between filmmaker Ray Klonsky and David McCallum, in prison since he was 16 for murder on the basis of coerced testimony. Klonsky’s vow to vindicate the wrongfully accused McCallum with the help of a dedicated team of lawyers and activists .