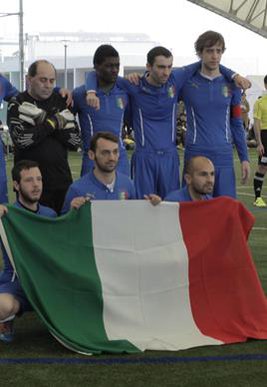 The group of mental patients from all over Italy faces the challenge together with a group of experts, a psychiatrist as their sport director, a former five-a-side football player as their coach and a former boxing champion as their athletic trainer.

A wonderful trip from Italy to Japan, full of hope and passion, where the real protagonists are the players and not their mental illnesses, fighting the cruel prejudice around them.