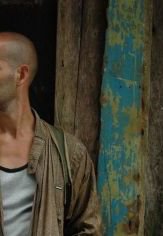 M-APPEAL - as SALES All rights, World

Set in the Afro-Colombian community of La Barra on Colombia’s Pacific coast, CRAB TRAP tells the story of both the drama of a young man, trying to flee his past, and the upcoming clash between a remote village and modernity, represented by two intruding foreigners.