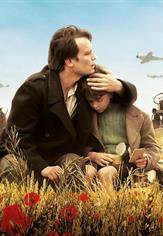 In May 1940, France collapses and millions of people take to the roads, terrified by the advancing German army. Among them is a German man who has fled Nazism, and who now goes in search of his young son, led by the village schoolmistress to whom he entrusted the boy.