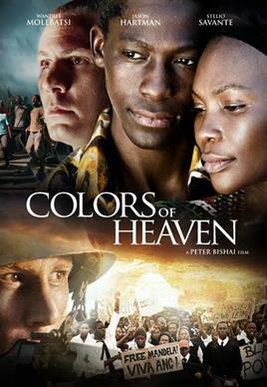 It is the sweeping epic true story of Muntu Ndebele and Norman Knox (the black and white stars, respectively, of the 1976 film classic e’Lollipop – one of South Africa’s biggest box-office hits). The film shows how these two young South African actors' lives changed radically - from being teenage friends in the mid-1970s, to being on opposite sides during the violent political struggle of Apartheid during the 1980s, to being miraculously reunited as friends after Nelson Mandela became President in 1994.