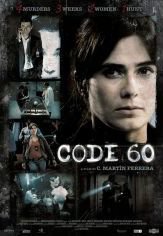 In 2006, several murders and attempted murders were committed in downtown Barcelona in less than three weeks.
CODE 60 is a gripping police thriller based on the real-life case of the “Old Lady Killer”, a woman whose crimes stumped the police and sent a wave of panic through Barcelona.