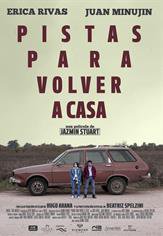 CLUES TO GO BACK HOME

Dinah (40) and Pascual (42) are brother and sister. They grew up in an atypical family, their mother, Celina, mysteriously left home when they were children and Antonio, their father, despite his efforts, has never been able to build a functional world for them. Many years later, Antonio decides to