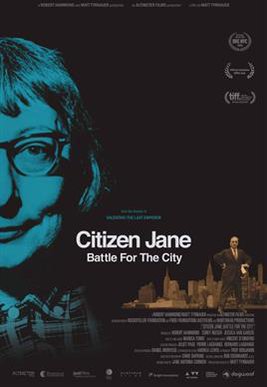 CITIZEN JANE: BATTLE FOR THE CITY

A documentary feature on Jane Jacobs, Robert Moses and their epic battles for the right to the city in the 20th century, and how those struggles inform, define and frame the fights we are having over cities in the era of mass urbanization and the global megacity.