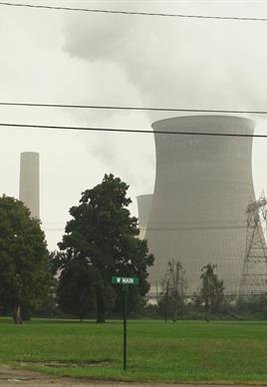 For the most part, Cheshire, Ohio is a ghost town. In 2001, residents suffered through several "blue plume" sulfuric acid clouds. Shortly after, the company that owns the coal-fired power plant there bought out and bulldozed the homes. Now over a decade later workers at the plant are getting cancer.