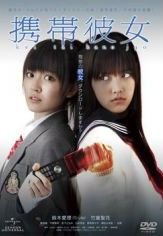 The most terrifying horror novel from the Magic iLand mobile site hits the screens!
Keitai-Kanojyo was released as the sequel to Keitai-Kareshi by Kagen which became popular with teenage girls.” Strong demands for a sequel has led to the publication.