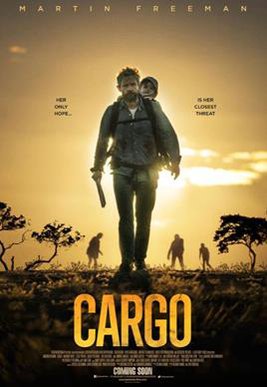 CARGO is both a consummate post apocalyptic thriller and an emotional story of a father trying to save his child at all costs. Set in rural Australia following the outbreak of a zombie epidemic, the film is equal parts 28 DAYS LATER and BEASTS OF THE SOUTHERN WILD.