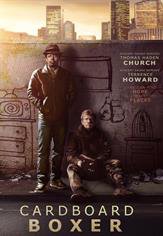 
A heart-warming yet tender drama about a homeless man with a heart of gold. Willy, who struggles on the gritty streets of the skid row district of DTLA. Willy's better intentions are exploited by a privileged college kid who entices the homeless by offering money in exchange for street fighting.