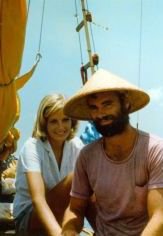 In 1978, while on a sailing trip, Kerry Hamill was captured and killed by the infamous Khmer Rouge regime in Cambodia. Follow his brother Rob as he pieces together Kerry’s last days then confronts the man directly responsible for his torture and death.