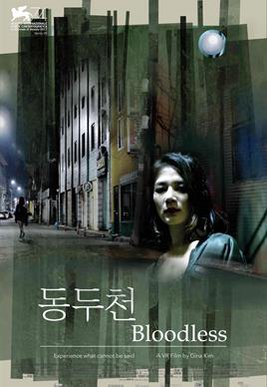 Based on a true story, Bloodless is a VR film about the murder of a Korean sex worker by a US
soldier in 1992. Bloodless was shot on location at Dongducheon camp town near Seoul, Korea,
where the US military has been stationed since the 1950s. The film follows the victim on the
night of her murder.