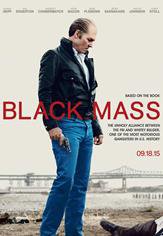 Johnny Depp stars as notorious Irish-American gangster Whitey Bulger, who spent thirty years as an FBI informant while rising to the top of the Boston underworld, in this adaptation of the book by Dick Lehr and Gerard O’Neill.