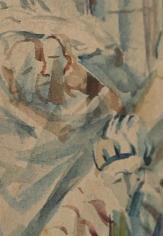 BECAUSE I WAS A PAINTER

THE PARTY FILM SALES - as SALES All rights, World

The film conducts an unprecedented investigation of secretely created artworks in nazi camps. While transiting among these clandestine images and the vestiges of the camps, it offers a sensitive quest amid faces, bodies and landscapes to explore the notion of Artwork and the idea of Beauty.