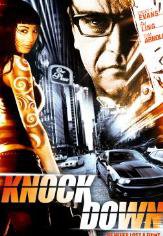 Six years ago Jack "The Ripper" Stemmons, an American boxer had his career destroyed by a St. Louis bookie. After Jack seeks revenge he is forced into hiding. Jack disappears half way around the world in Thailand, where he falls victim to the addictive spell of Bangkok's dangerous underworld.