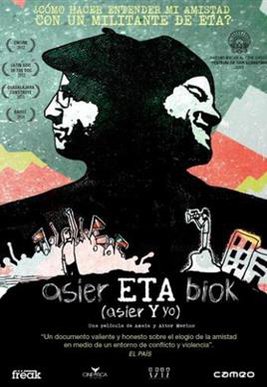 ASIER ETA BIOK (ASIE AND I)

Asier and I grew up together in the streets of Basque country. Later in life we took our own separate ways: my dream of becoming a professional actress led me away to Madrid while Asier remained in Pamplona. One day in 2001, Asier vanished. I soon learned that he had joined terrorist movement ETA.