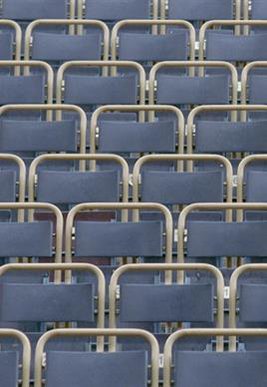 Kämmerer´s ARENA is conceived as a 70mm film; a format that due to its enormous aspect ratio is predestined for the theatrical, and is especially suited to horizontal movements. As a sophisticated expansion study, here, as the essence of a schematics, it offers an image that grows, yet grows out of nowhere. Rather than the spectacle of visibility, at the center of ARENA is the space of the spectator and the cinema; therefore, apparatus as collaborator.