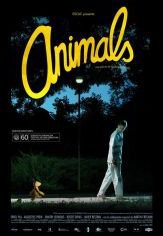 ANIMALS, the film debut by young and talented director Marçal Forés, blurs the borders between everyday reality and fantasy in a coming-of-age story with an inevitable and emotional climax, in some ways echoing films like Gus Van Sant’s.