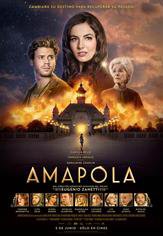 Amapola is a “Timetravel Love Dramedy” as described by its director, Academy Award Winner Eugenio Zanetti. Amapola is a comedy drama, then, about a group of people whose hopes of love are frustrated by their own mistakes and the interference of others.