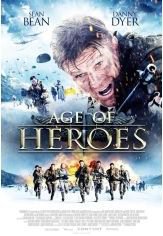 An action-packed adrenalin shot based on the true story of the formation of James Bond creator Ian Fleming’s 30 Commando, one of the most respected, secretive and exclusive special forces regiments formed during the Second World War, from which the now legendary SAS was born.