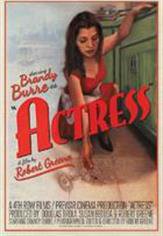 Using elements of melodrama and cinema verité, ACTRESS is both a present tense portrait of a dying relationship and an exploration of a complicated woman, performing the role of herself, in a complex-yet-familiar story. It’s a film about starring in the movie of your life.