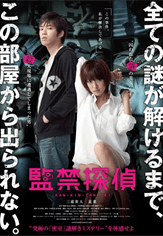 A murder takes place. In order to prove his innocence, prime suspect Ryota (Takahiro Miura) imprisons Akane (Natsuna Watanabe) in his room. Akane, who suspects Ryota committed the murder, happened to be at the murder scene. Ryota begins to think out what happened, but becomes nervous that he won't b