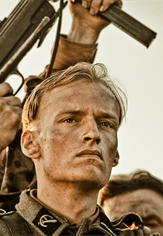 The last year of war on Estonian turf. Men are fighting on the border of Europe and Russia. Some have been taken to the Red Army, some to Waffen SS. Today 70 years on, the filmmakers, try to show the hopes, aims and drama of these men as objectively as possible.