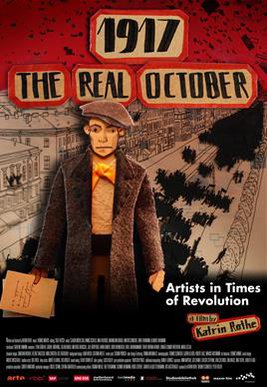 A cut-out animation on artists in times of revolution.

St. Petersburg 1917. The frontline of the global war is coming closer everyday; people are hungry, worried, angry. In February the tsar is overthrown. Many artists are euphoric: Revolution! Freedom! Freedom, finally? No. Starting in October, the Bolsheviks rule by themselves. What were poets, thinkers, and avant-gardists like Maxim Gorky and Kazimir Malevich doing during this drastic change of power? In the film, five of them alight from the director’s piles of books as animated cut-out figures. With their own recorded words in their mouths, they participate in salons, committees, and street riots: moments during which the outcome of the history is still unknown.