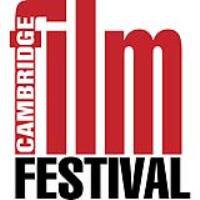 The Cambridge Film Festival was established in 1977 and ran until 1996, re-launching in 2001 after a five-year break. Over the years it has developed into a high profile event with a reputation as one of the UK’s most prestigious and well-respected film festivals. The Guardian has described Cambridge as a match for the Edinburgh and London Film Festivals, whereas The Times claimed that Cambridge easily outclasses its metropolitan rivals. The Festival’s strands include: new features; shorts; documentary; revivals and artists’ moving image work. Engagement with the fullest range of film culture is generated by visits from actors and directors, parties and receptions, workshops and education events, and free outdoor screenings. Films premiering at Cambridge have included Lady Chatterley, Bowling For Columbine, Before Sunset, Spirited Away, 9 Songs, Crash, The Last Mitterrand, Tideland, A Cock and Bull Story, Volver, Contagion, and The Debt, and we’ve played host to star guests such as Lu

The Cambridge Film Festival has been committed to delivering high quality independent films to the widest possible audience. Bold and imaginative in its presentation of films, the Festival embraces the latest technology, while also showcasing its passion for the heritage of cinema. We champion new methods of filmmaking and emerging platforms of distribution. Through our open submissions process, we support filmmakers from all across the world as well as locally, providing a platform for new talents to showcase their work.