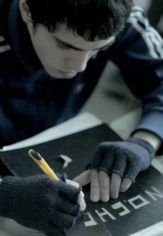 Andrés is a shy teenager who likes listening to punk music.One night he heard on TV that his idol of the rock band Black Night, commited suicide. Because of the impact of the news, Andrés joins a youth group and meets Alex, the guitar player of a band that practise there.