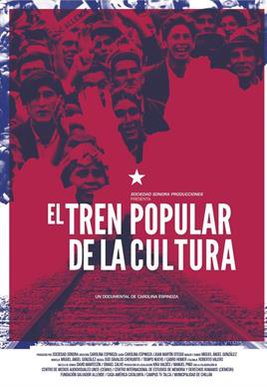 THE PEOPLE´S TRAIN OF CULTURE

“The People’s Train of Culture” is a documentary film that tells the story of a government initiative of Salvador Allende, President of Chile from 1970 to 1973, the objective of which was to bring culture closer to those who had no access to it.