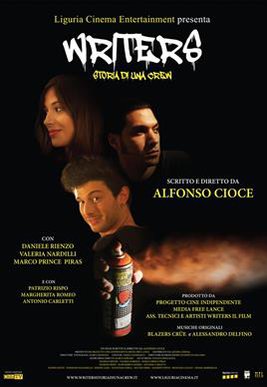 STORY OF A WRITING CREW

Writers – storia di una crew (Story of a Writing Crew) is the first feature film written and directed by Alfonso Cioce. Addressed to a large audience and distributed by Liguria Cinema, it complies with the main film program guidelines of Progetto CineIndipendente. The cast and technical crew are ful