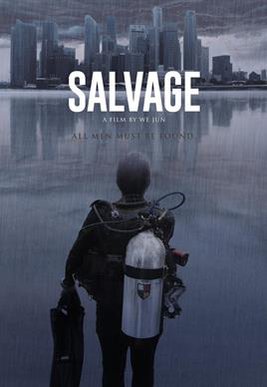 SALVAGE is the story of a forensic diver's struggle to deal with the awesome power of his gift — vivid psychic visions that allow him to easily solve difficult forensic dive missions, but which threatens to turn into a curse, as they increasingly alter his perception of reality.