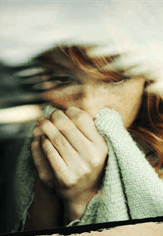 Rumbling is a dramatic feature film based on a true contemporary story, spiced with real-life events taken from media reports mixed in. It showcases tales of domestic violence, acts of self-defense, standing up for what is right and helping victims in need. The film is about an endangered human archetype, one whose sense of justice and freedom of speech borders the edge of law and social norms. It was originally planned as a documentary about people whose nature defies societal norm. This background gives the film a credible amount of crude realism. As a feature film Rumbling is set in the world of motorcycles, rock music and artists, where people valuing fairness and honesty blend in their inherent explosive emotions, rumbling in the heart and love for absolute beauty. A world where man ceases to be judgmental with himself.