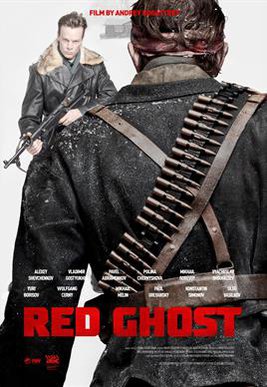 The myth of the Red Ghost is the heroic feat of the nameless Soviet soldier fighting in the Second World War. The Red Spirit inspired the Germans with fear because every time the new hero arose to replace the dead one… Thus the myth of the invincible Soviet soldier was born.