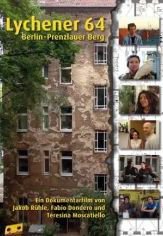 20 years after the German reunification, the largest urban renewal project in Europe has almost been completed. In the Prenzlauer Berg district of Berlin, one of the last old houses in the area is being renovated: the block of flats in the Lychenerstr. 64.