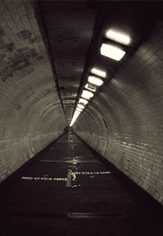 Oksana is an Armenian who was born in Arzebajan, from where she was expelled at age of 14 when the Soviet Union fell apart and the persecution of her people began. Salamu is a Saharawi, but his family fled the Western Sahara because of the Moroccan invasion in 1975, and thus he was born in the refug