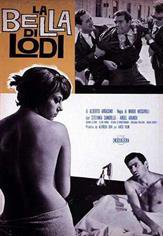 La bella di Lodi is a 1963 Italian comedy film directed by Mario Missiroli. It is based on the novel with the same name written by A. Arbasino.
In 2008 it was restored and shown as part of the retrospective "Questi fantasmi: Cinema italiano ritrovato" at the 65th Venice International Film Festival.