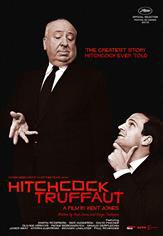 The film will follow the path of Truffaut and Hitchcock’s extended conversation published in 1966, about the cinema, portraying the key points, and showing how Hitchcock deeply influenced European cinema and at the same time how the French New Wave had an incredible impact on "New Hollywood".