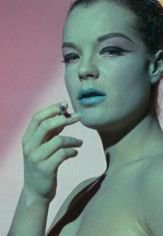 In 1964, Henri-Georges Clouzot chose Romy SchneideR and Serge Reggiani, to be the stars of L’ENFER. It was an enigmatic and original project which was stopped after three weeks of shooting.These images, forgotten for over half a century, were recently found and are breathtaking.